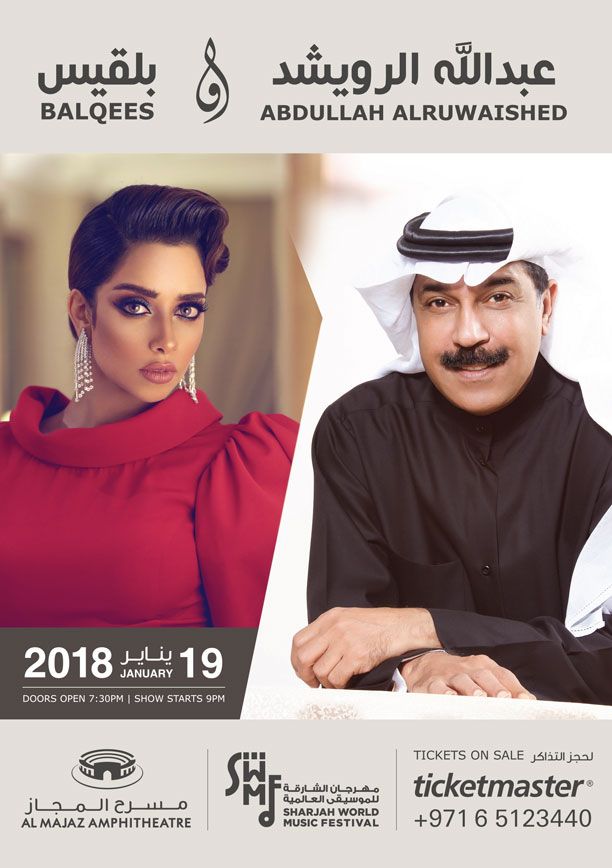 An Emirati Singer of Yemeni origins, daughter of the well-known Yemeni musician Ahmed Fathi, Balqees breakthrough occurred upon releasing her first song “Masaa’la Sahla” in collaboration with HH Sheikh Hamdan Bin Mohammed Al Maktoum and the artist Fayez Al-Saeed, this was her golden pass to the Khaliji art society. She sang poems written by the greatest Khaliji Poets; most notably of HH Prince Bader Bin Abdulmohsen on his honoring evening in the opera house of Qatar in 2011, and that’s how she held the title of the best Arabic artist to sing HH Bin Abdulmohsen’s poetry as per the most popular Arabic magazine's statistics. Balqees released her record-breaking album “Majnoun Balqees” in 2013 that hit almost 30 million views on youtube, following her success, she launched her second album “Zay ma ana” in 2015 which became the highest-selling, winning the title "Best of 2015". She is also a certified member of the UAE NSO Symphony Orchestra, where she has revived several Opera concerts in the presence of Royals from all over the world; mastering this art with 4 different languages (Arabic, English, French and Italian). In addition to her participation in many Arabic music festivals such as Muscat, Salalah, Souq Waqif Spring Festival-Doha, Hala February- Kuwait and other music festivals. Balqees has earned many awards and titles including L’Officiel Middle East Arab Woman of the year award for “Young Talent 2012”, along with “Best Young Talent”. She as well as featured on many Arabic magazine covers and participated as an official spokeswoman in many Arabic and foreign conferences such as The Arab Media Forum and The Arab luxury Forum in Dubai; Balqees contributed as an Arabic artist and a well- known media icon supporting a campaign to end violence against women in the Middle East and was later given the Title: UN Champion for women rights in the Middle East 2016. 2016 was a remarkable start for Balqees, she was chosen by Al Rahbani’s for a starring role in their play Al Faris; which was her first step into the world of musical theatre. Balqees was chosen in the same year to be the media face of several international brands aspires to collaborate with Balqees based on many positive feedbacks and statistics that showed how most of Khaliji and Arabic families value her media appearances for being spontaneous and trustworthy.

Abdullah AlRuwaished, a Kuwaiti singer. He participated in many school concerts. He then attached great importance to the oud, which he still loves.

He presented his first song, "Ana Saharan" which was composed by his brother, the composer Mohammed Al-Ruwaished. After that, his voice impressed the composer Rashid Al-Khadr and chose him to compose his first song. This announced the birth of a new star, where the artist Abdullah Al-Ruwaished published his first album in 1983, “Rehlati”, which was composed by the late Rashid Al-Khadr and written by the great poet Abdul Latif Al-Banai