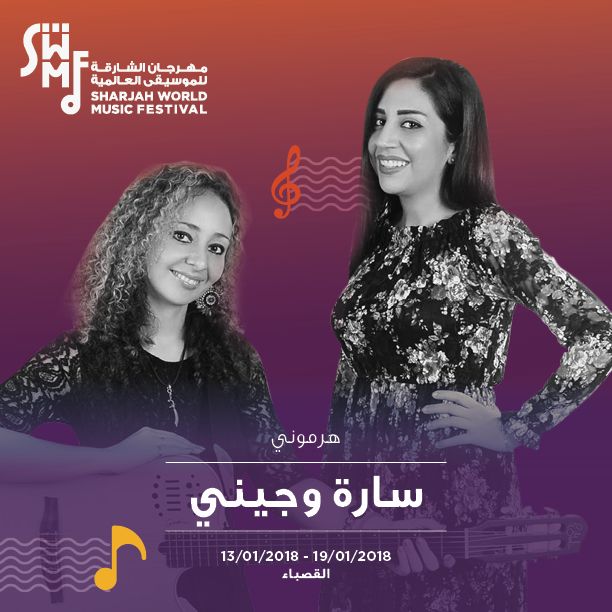 Sara Houchi started singing oriental music ten years ago in Damascus with the most famous choirs of the "Damascene Choir". She has participated in many concerts in the Damascus Opera House, most notably "Wesaa Al Sama" which was in the honor of Mrs. Fairouz and Al Rahbana. She has also participated in many events, most notably the Sharjah World Music Festival, the Sikka Festival and many others.

Jenny from Ukraine is a guitarist and singer. She studied music in Italy, Switzerland, and Germany. Jenny has performed various performances in several theaters such as Poland, Italy, France, Ukraine and South Korea. Jenny loves to write songs and sing in several languages.On the love of music and singing, Sarah and Jenny form a lyric that brought together East and West in a series of Arabic and Western songs at Al Qasba.